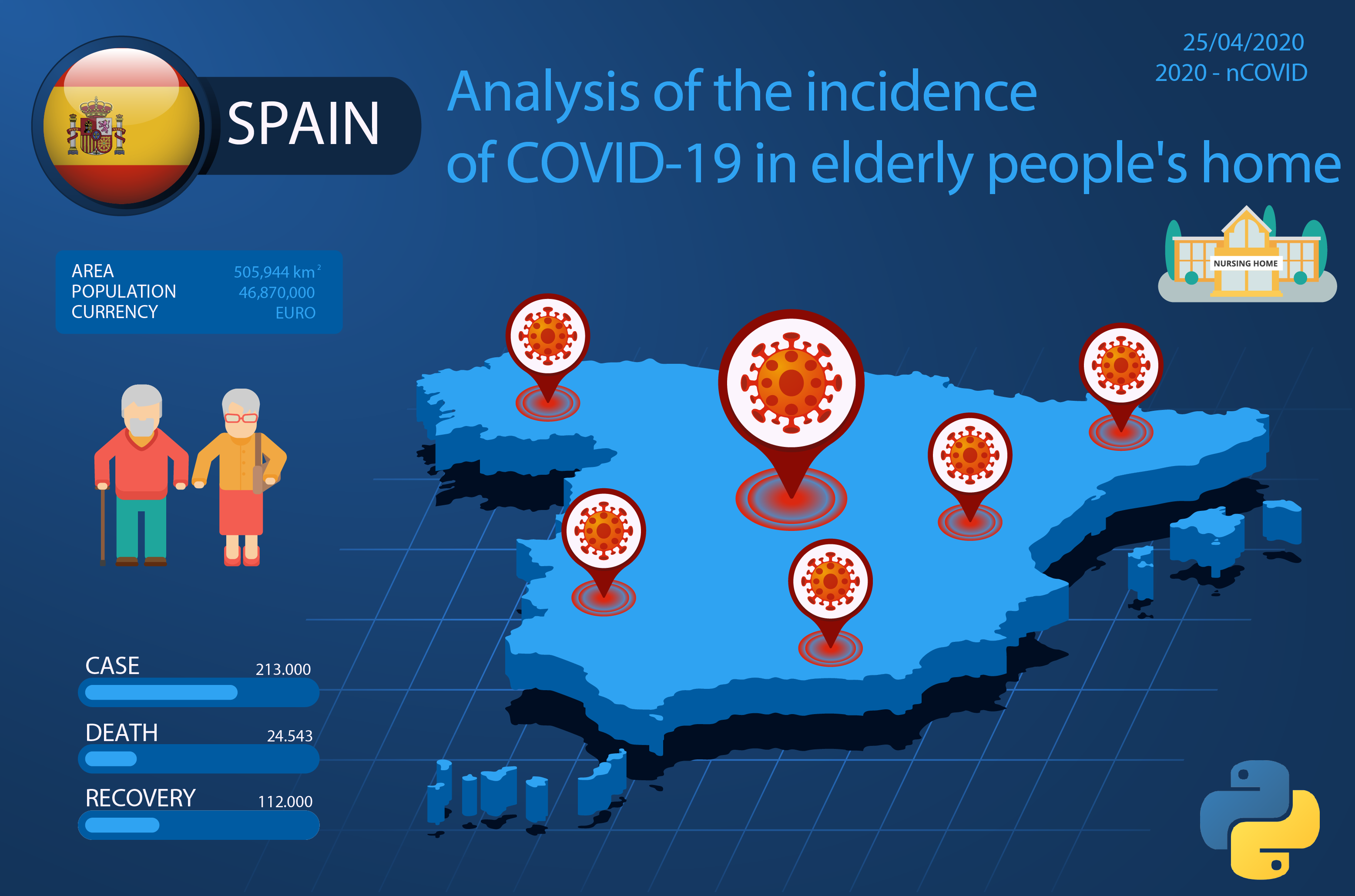 Every day we get up with a dance of figures and data on the drama of the incidence of COVID-19 in the different countries, and especially in Spain where the information of each Spain’s autonomous regions (CC.AA.) and the different methodologies of accounting for the pandemic in our country are also added. All this is further exacerbated if we mean the elderly and vulnerable population that is so far the most hit by this pandemic and specifically the situation in the elderly people’s home, in which the dance of numbers is day after day more confusing and dramatic.

Reflecting on this situation in the Spanish elderly people´s residences where there are registered at the end of 2019 about 5,417 residential centres for Elder people that complete an offer of 372,985 of available places with a ratio of about 4.1 places for 100 people over 65 years of age, in which 72.8% are private and 27.2% are publicly managed. We have the question whether this residential model has influenced in any way the dramatic death that the latest information 15,323 users of residences who have died with COVID-19 or compatible symptoms, most of them in residences located in Madrid, Cataluña, Castilla y León and Castilla-La Mancha Spanish regions. Thus, those who died in residences would be equivalent to 68% of the total officially notified by the Spain Ministry of Health.

In view of this situation, one might wonder whether this residential model for elderly people actually implemented more or less general and its geographical distribution has influenced this high effect of the coronavirus in these centres. All these reflections can be made as possible and saved in the possible ones will be for a perspective but before or after we will have them greater than the more existing models for the needs of the elderly of now, and for which we will be a few years, not only to avoid the possible future pandemics but to rethinking the right way ageing.

To do this with the data currently available as of April 25, 2020, we draw a map with the distribution of the incidence of general cases of COVID-19 in the population in each CC.AA.

As you can see, Madrid and Cataluña are the two of Spain’s autonomous regions that concentrate the largest number of cases with 28.1% and 21.2% respectively.

If we focus on mortality data in the residence centres by CC.AA. (although the data have been provided in a partial and unproven homogeneous way for each CC.AA.), the trend is the same being the communities of Madrid, Catalonia, Castilla and León and Castilla-La Mancha that concentrate the majority of cases and deaths in the residences.

In the region of Madrid, 5,558 people have been reported[1] since 8 March in the 475 centres of elderly people’s home (968 positives and 4,572 with symptoms compatible with COVID-19) which account for almost 82% of those who died in the residences themselves and 71.6% of all those killed in the region.

In the region of Cataluña, 2,658 people have been reported since 15 March in the 1,073 residential centres for the elderly distributed in the different provinces, mainly concentrated in the province of Barcelona with 75.4% of the residences of Catalonia. These figures account for 62% of all those who died in Cataluña. In addition, it is worth mentioning that the Department of Health of the Generalitat has reported that 9,104 positive cases and 17,099 suspected cases compatible with the disease have been detected.

In the región of Castilla y León, 1,105 have been reported dead in the 1,214 residential centres with coronavirus, which accounts for 51% of those who died in the elderly people’s home in the region, although it is mentioned by the Family Counseling that another 1,060 cases of deaths with symptoms compatible with the disease have been detected. It is also worth mentioning a shocking fact and that it is that of the positive deceased or with compatible symptomatology, 70.7% have done so in the residences themselves and the rest in the hospitals.

In the región of Castilla-La Mancha, 800 deaths have been reported with coronavirus in the 471 residential centres, which account for 36% of those who died in these centres. In addition, like other Communities, the Ministry of Health has reported 942 cases of deaths compatible with the disease.

Focusing on these dramatic dates, the geographic information data of the Spanish residences provided by the Social and Health Resources Map of the Department of Population of the Institute of Economics, Geography and Demographics of the Center for Human and Social Sciences, of the Higher Council for Scientific Research (CSIC) have been collected and have overlapped with the choropleth map of incidence of coronavirus cases in the peninsula, hoping to gain insight into how the disease is distributed and the influence of the concentration of residences on this dynamic.

At first view, it can be seen that the areas with the most concentration of residential centres coincide with the regions with the highest number of cases of COVID-19. In addition, it is noted that a significant number of private residences are concentrated in these areas in front of public residences. However, an effect-cause correlation can´t be established as there are other population centres along the peninsula that also concentrate a significant number of residential centres and don´t show the same degree of COVID-19 cases.

To have a more focused aerial photograph in the areas most affected by coronavirus, it can be noted that both the province of Barcelona and Madrid have a high percentage of private residential centres, 82% in the case of the Catalan capital and 76.5% in the case of Madrid, in an area apparently very concentrated in the capitals of the provinces. Focusing this situation in the different municipalities of the two regions most affected, as in the previous case the geographical distribution of the different municipalities is represented together with the positioning of the residences to observe the potential correlations between concentrations of residences with the distribution of detected cases of COVID-19.

As for the incidence of coronavirus by municipalities and districts in the Community of Madrid, it is observed that Puente de Vallecas and Leganés are the districts of the municipality of Madrid with the highest concentration of cases.

In the case of Cataluña, the effect that is observed is similar to that of the region of Madrid, where the highest concentration of residential centres is located in Barcelona and where the area coincides with the highest concentration of positive cases of COVID-19 detected since the beginning of the pandemic compared to the other provinces of Cataluña. It highlights the fact that in Barcelona and Sabadell concentrates a significant number of residential places (16,216), most of them, almost 80% are private.

If we focus a little more to have a clearer view of the area where the most cases of COVID-19 have been detected, we appreciate the very important concentration of residential centres in a very small área.

Although it can be seen that the areas hardest hit by the pandemic by the number of cases have high concentrations of residential centres, a direct correlation between the two factors cannot be concluded.

It´s clear the dramatic impact of the pandemic on residences and a harsh reflection will have to be addressed on the multitude of factors that have surely facilitated the disease to have been primed on the elderly and in particular in these residential centres and whether this impact could have been reduced with stricter preventive measures or if the incidence had been lower with other residential models, even looking ahead we must reflect on the adoption of models that can prevent these types of pandemics and that respect the integrity of our elders, much work remains to be done…

his data has been analyzed in Jupyter Notebook using Python with the use of geopandas and matplotlib libraries. The project and data updated until April 25, 2020, can be found in the project repository on Github

(under construction). The data have been provided by the Ministry of Health through the Carlos III Institute of Health and through those CC.AA. that made the data open and elderly people´s home data by CSIC and INE. 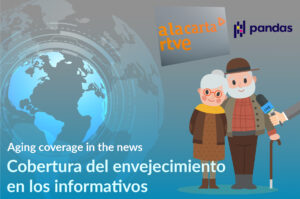 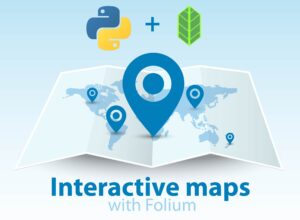